Why not join me on one of my walks in the real world! Here is my upcoming schedule.

Most are 1½ to 2 hour walks (£12/£9 concs) – bookable via Footprints of London: http://tinyurl.com/StephensFootprintsWalks  “In Vincent’s Footsteps” also includes a tour of the house he lived in and this is priced at £20 (no concessions).

Or come and join me for FREE! at Morden Hall Park or Tate Modern- see my dates below.

Here is a what I am doing over the next few months.

In Vincent’s Footsteps – from Covent Garden office to Stockwell lodgings

Note: the scheduled tours on 28 March and 25 April have been cancelled. We are still taking bookings for 30 May but at this stage we cannot guarantee this will be able to operate.

A chance to follow Vincent Van Gogh’s footsteps in a 3½ mile (5½ km) walk between his workplace in Covent Garden and his lodgings in Stockwell, exploring what London would have been like in the early 1870s. The walk crosses Westminster Bridge which Van Gogh sketched on some Goupil and Co headed note paper. Then after walking through Kennington we get to 87 Hackford Road, where we have a 45 minute very exclusive interior tour of the newly renovated house (included in the price).

Visitors will have a chance to learn about the Hackford Road house and its most famous tenant and gain an insight into the house’s future as a site for artist residencies.

Please Note
The house at Hackford Road dates from the 1820s and has small rooms on three floors with a steep narrow staircase. Because of this, it may be difficult for people with mobility issues – in particular it is not possible to accommodate wheelchairs.

£20 (No concessions or discounts): Advance booking only at:

Dickens in Clerkenwell and the City

Dickens referenced many real London locations in his books and in this walk we shall see some of the places he used in Clerkenwell and the City. In particular we shall see a number of streets and alleys associated with one of his most famous novels Oliver Twist.

The Low Line – Bermondsey, Borough and Bankside from a different angle

The Low Line is a new walking destination for London along the length of the mighty Victorian rail viaducts passing Bermondsey, Borough and Bankside. It connects diverse neighbourhoods and communities in south London, linking existing and new hubs of creativity, entertainment, and industry along its course. The Low Line celebrates the heritage of the railway arches which have been a part of the area for over 150 years, shaping places of interest along the way and unlocking their potential.

The name “The Low Line” was coined by Southwark resident David Stephens. The concept has developed through a group of initial partners including Better Bankside, Blue Bermondsey, Borough Market, Team London Bridge, The Arch Company, and Southwark Council, And it continues to change and develop.

Advance booking only at:

And I do regular free tours at Tate Modern. 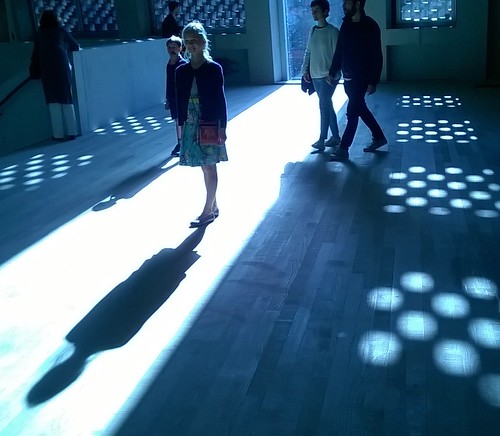 There are three tours which all meet on Level 4, Natalie Bell Building (formerly known as the Boiler House)

However Tate Modern is closed until the end of April. Hopefully I shall be able to resume tours in May.

I also do free history tours at Morden Hall Park for the National Trust. These run on Sundays at 11.30 and 13.00 starting at the Information Point in the Park.

Although the park itself remains open during the current crisis, unfortunately we are unable to offer tours at present. Hopefully they will resume in June.